Our First 10 Petabyte Backblaze Vault
Ken clicked the submit button and 10 Petabytes of Backblaze Cloud Storage came online ready to accept customer data. Ken (aka the Pod Whisperer), is one of our Datacenter Operations Managers at Backblaze, and with that one click he activated Backblaze Vault 1093, which was built with 1,200 Seagate 10 TB drives (model: ST10000NM0086). After formatting and configuration of the disks, there is 10.12 Petabytes of free space remaining for customer data. Back in 2011, when Ken started at Backblaze, he was amazed that we had amassed as much as 10 Petabytes of data storage. 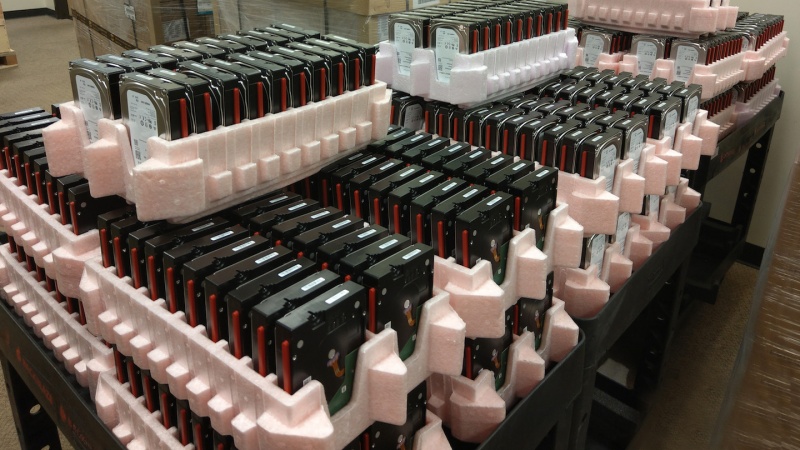 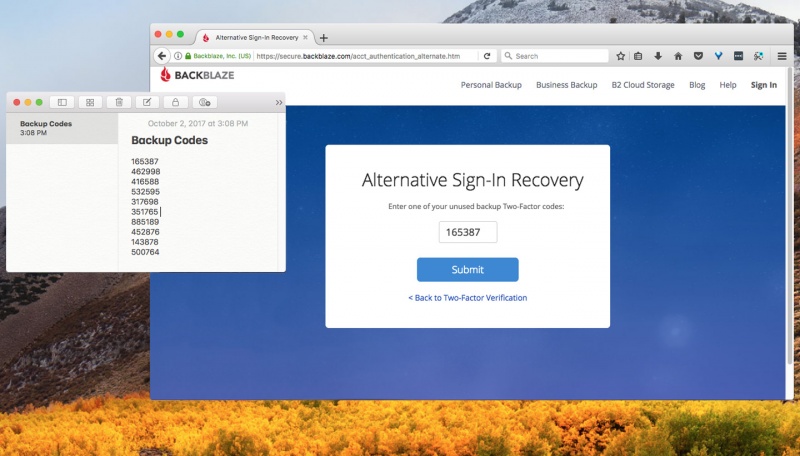 Today, we are pleased to announce two new security features for Backblaze. Security is a top priority at Backblaze, and we are fully committed to, and proactively invest in, keeping our users secure.

In 2015, we added additional features such as two-factor verification via SMS, which enables customers to use a mobile device to verify their identity when accessing their accounts. Earlier this year we added the ability to use mobile authenticator applications such as Google Authenticator and Authy, providing an additional method for two-factor verification. Authenticator apps provide convenience and an additional layer of access security to accounts should the user have internet access but not cell phone carrier access. 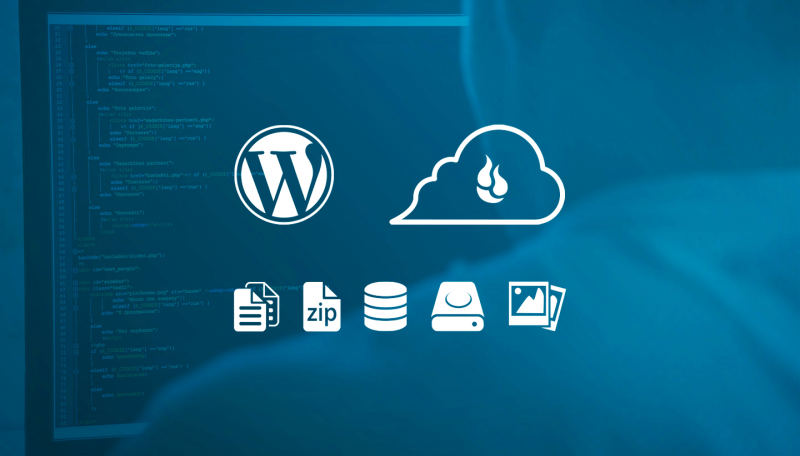 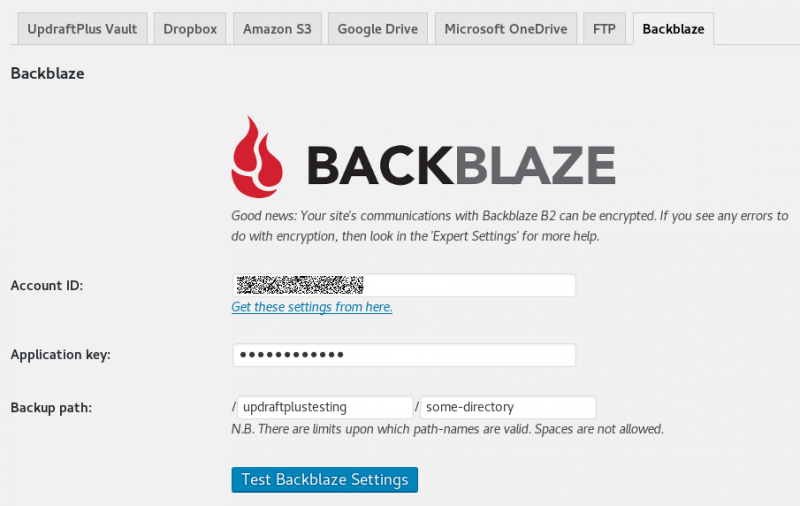 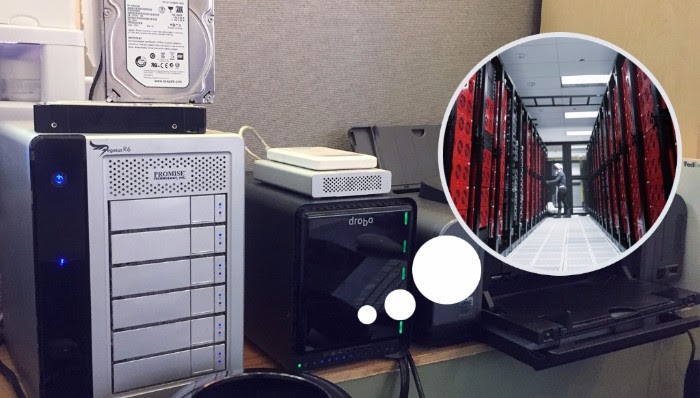 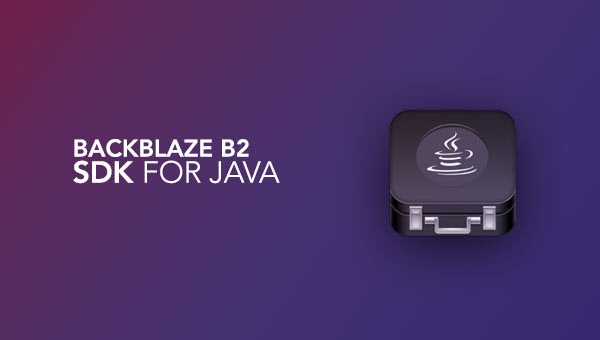 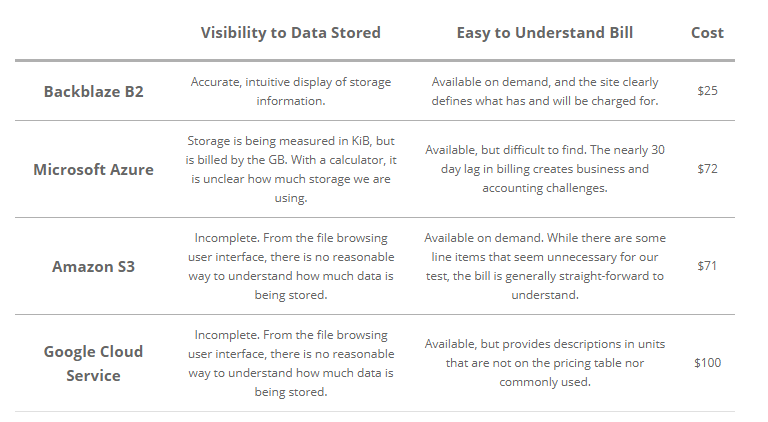 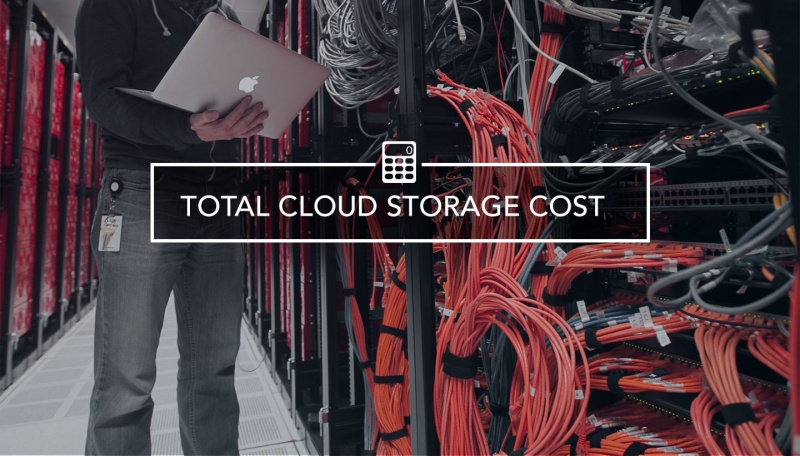 Paths to Attract Your First 1,000 Customers
Social following: If you have a massive social following, those people are a reasonable target for what you’re offering. In particular if your relationship with them is one where they would buy something you recommend, this can be one of the easiest ways to get your initial customers. However, building this type of following is non-trivial and often is done over several year

Статья короче, как они искали клиентов.
Можно обратить внимание на том, как рассуждает зарубежный рынок.
У меня методы рекламы немного другие ;)
For hard drive prices, the race to zero is over: nobody won. For the past 35+ years or so, hard drives prices have dropped, from around $500,000 per gigabyte in 1981 to less than $0.03 per gigabyte today. This includes the period of the Thailand drive crisis in 2012 that spiked hard drive prices. Matthew Komorowski has done an admirable job of documenting the hard drive price curve through March 2014 and we’d like to fill in the blanks with our own drive purchase data to complete the picture. As you’ll see, the hard drive pricing curve has flattened out. 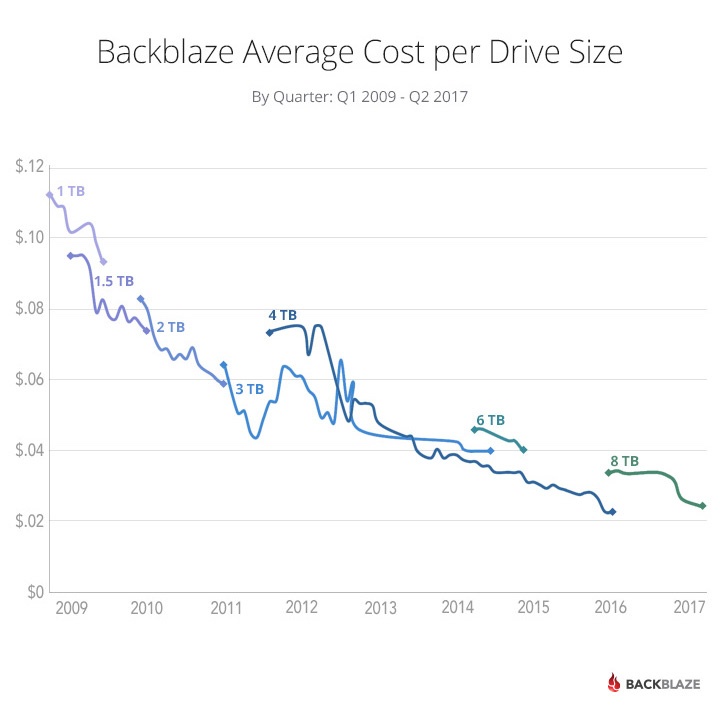 Observations
We purchase drives in bulk, thousands at a time. The price you might get at Costco or BestBuy, or on Amazon will most likely be higher.
The effect of the Thailand Drive crisis is clearly seen from October 2011 through mid-2013.
The 4 TB Drive Enigma

The data on this chart was sourced from the current price of these drives on Amazon. The drive models selected were “consumer” drives, like those we typically use in our data centers.

The manufacturing and marketing efficiencies that drive the pricing of hard drives seems to have changed over time. For example, the 6 TB drives have been in the market at least 3 years, but are not even close to the cost per gigabyte of the 4 TB drives. Meanwhile, back in 2011, the 3 TB drives models fell below the cost per gigabyte of the 2 TB drives they “replaced” within a few months. Have we as consumers decided that 4 TB drives are “big enough” for our needs and we are not demanding (by purchasing) larger sized drives in the quantities needed to push down the unit cost?

Approaching Zero: There’s a Limit
The important aspect is the trend of the cost over time. While it has continued to move downward, the rate of change has slowed dramatically as observed in the chart below which represents our average quarterly cost per gigabyte over time. 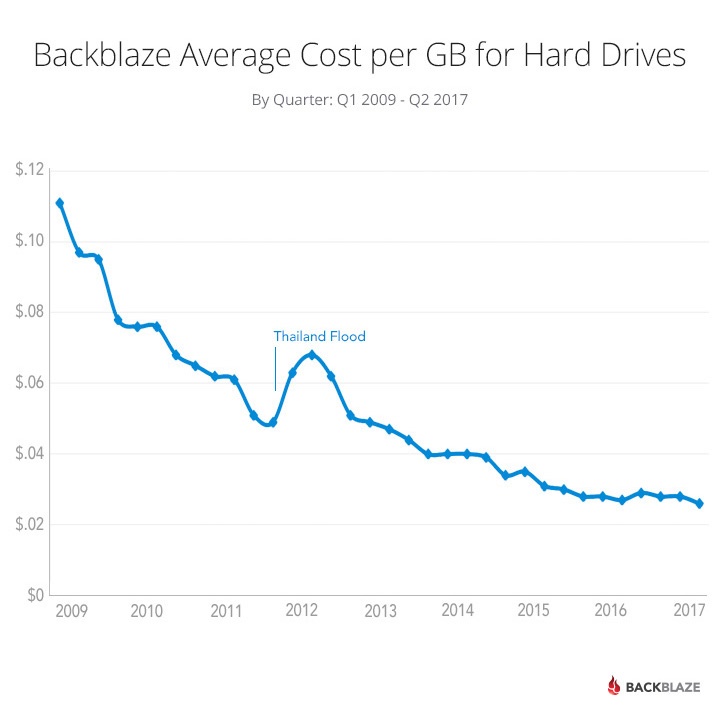 Back in 2011, IDC predicted that the overall data will grow by 50 times by 2020, and in 2014, EMC estimated that by 2020, we will be creating 44 trillion gigabytes of data annually. That’s quite a challenge for the storage industry especially as the cost per gigabyte curve for hard drives is flattening out. Improvements in existing storage technologies (Helium, HAMR) along with future technologies (Quantum Storage, DNA), are on the way – we can’t wait. Of course we’d like these new storage devices to be 50% less expensive per gigabyte then today’s hard drives. That would be a good start. 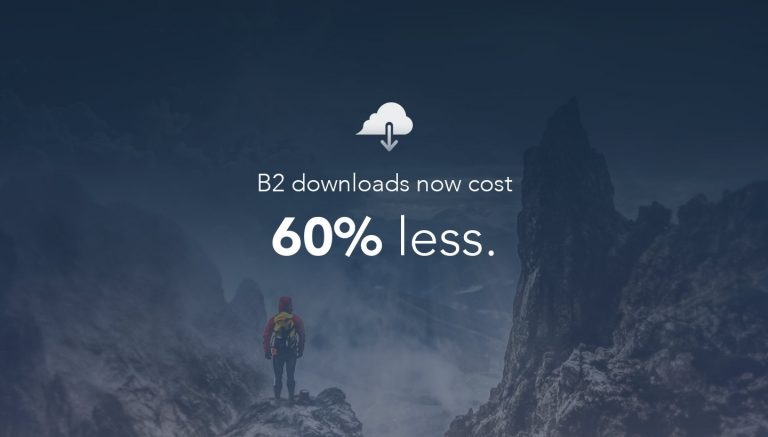 We are thrilled to announce that, effective immediately, we are reducing the price of Backblaze B2 Cloud Storage downloads from $0.05 to $0.02 per GB. What’s more, the first gigabyte of data downloaded each day is still free.

Backblaze has always aimed to make storing data astonishingly easy and affordable. This price reduction applies immediately to all existing and new customers, and there are no tiers or minimums required to get this pricing. It’s automatic, and it starts today. 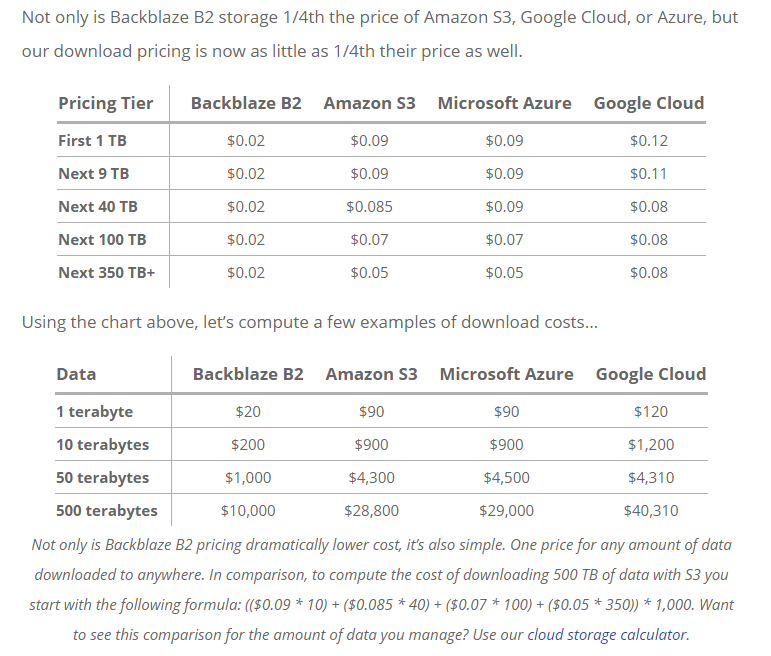 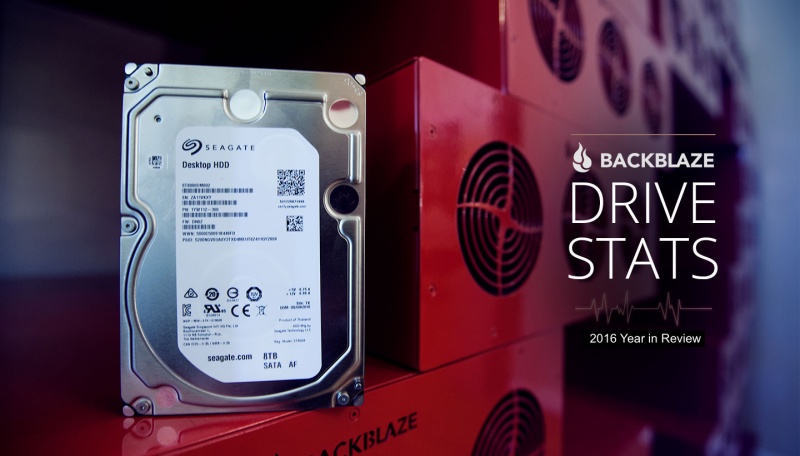 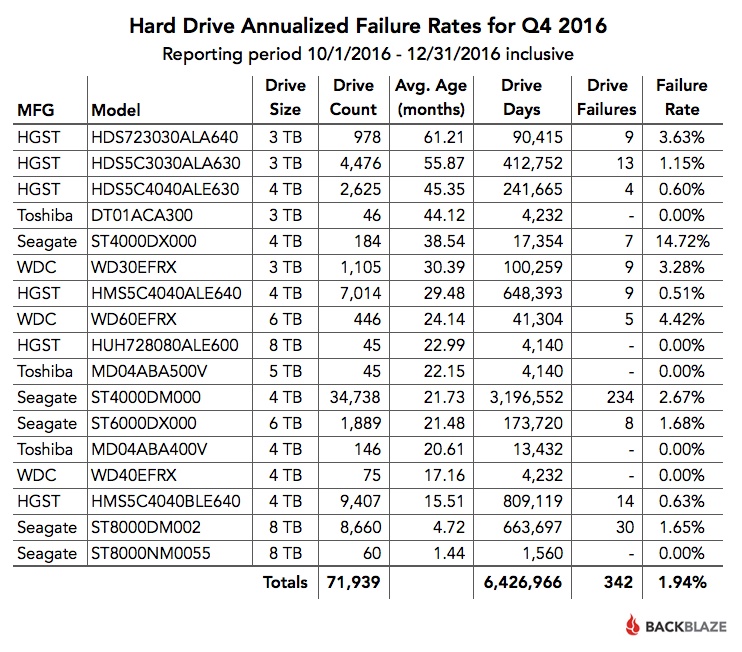 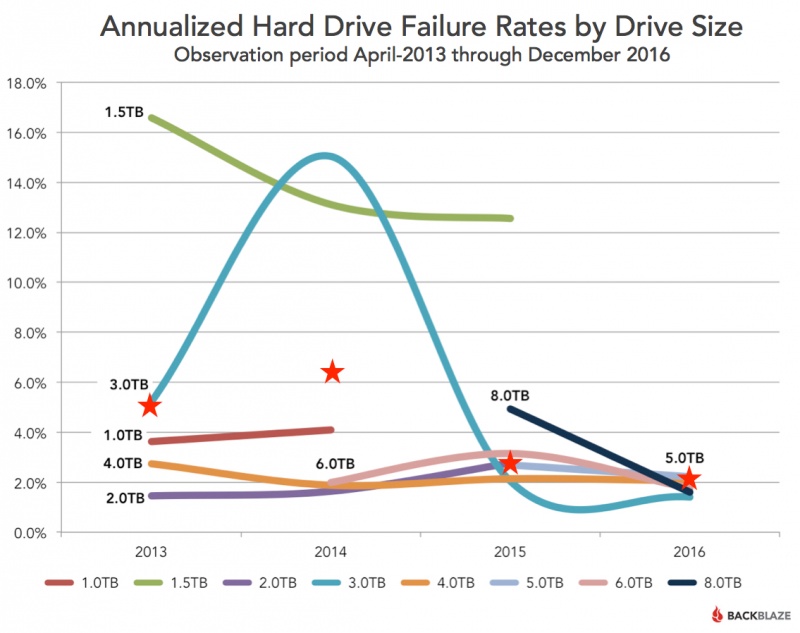