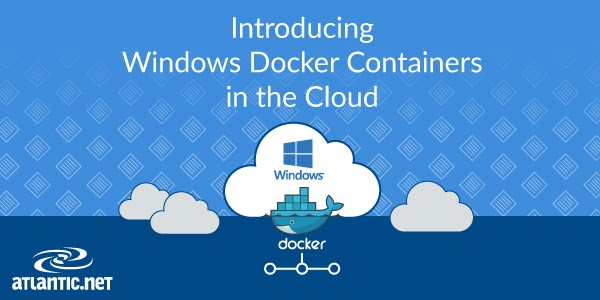 Windows Server 2016 + Containers
We are happy to announce the availability of Windows Container support. Now you can deploy and scale your Windows Docker containers across Atlantic.Net’s global Cloud network.

Atlantic.Net’s support for Windows Containers allows you to build your apps in Docker containers and reliably ship them throughout your development and production lifecycle. Additionally, isolating your apps in containers helps eliminate conflicts, enhance security, and makes it easy to scale your deployments as needed.

“Atlantic.Net’s support for Windows Server Containers in their cloud platform brings additional choice and options for our joint customers in search of flexible and innovative cloud services.” — Erin Chapple, General Manager for Windows Server at Microsoft

Get Started with Windows Server Containers Today!
Be among the first to utilize the promising world of containers with no commitment, backed by our world-class support team that is 24/7/365. Atlantic.Net’s Windows Cloud Hosting plans start at only $0.0208 per hour (or $14 per month), with usage calculated on a per-hour basis.

Simply log in to the Atlantic.Net Cloud and select «Windows 2016 Datacenter (with Containers/Docker)» when creating a new Cloud Server and don't forget to check out our Windows Container Tutorial
cloud.atlantic.net/
Выделенные серверы OVH
Выделенные серверы Hetzner